Videojet vs. Markem-Imaje—these two companies have been global leaders of the printing industry for decades. Here, we see how they compare to one another.

Videojet, for example, has been producing quality coding products for over 100 years—long before they even began calling themselves “Videojet” in the early 2000s. Markem-Imaje, on the other hand, is the result of a 2007 merger between two companies: the New Hampshire-based Markem Machine Company and French printer company Imaje S.A. Like Videojet, both the Markem Machine Company and Imaje S.A. built stellar reputations for themselves by manufacturing long-lasting and effective marking hardware over the last few decades.

Today, both Videojet and Mark-Imaje stand as global leaders of the industrial coding market. However, how do they compare to one another? Here, we take a look at some of the most popular machines that these companies have to offer to answer when it’s Videojet vs. Markem-Imaje, which company will work best for you? 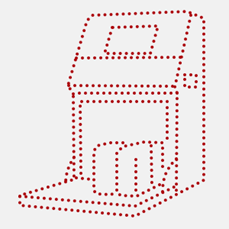 With the aid of these markings, companies can ensure that their products comply with both distribution standards and government regulations.

Videojet’s premier CIJ offering is the Videojet 1880,which launched in 2020. While the 1880 isn’t breaking any records when it comes to max printing speed—the 1880’s max speed is a relatively standard 334 m/min—the real advantage to this CIJ model is its software. Every Videojet 1880 is built with MAXIMiZE™, a self-diagnostics suite that:

Markem-Imaje’s top CIJ printer is the Markem-Imaje 9450, which launched over 5 years ago. When comparing specs, the 9450 beats the 1880 in certain areas while falling behind in others. In a straight speed comparison, for instance, Markem-Imaje wins with a max speed of 396 m/min. The 9450 also promises to use fewer consumables while operating due to its optimized hardware design. However the 1880 may offer longer periods of operation, due to MAXIMiZE™, and a higher IP rating when compared to the 9450.

If you are interested in either one of these models, you should expect to invest a significant amount of money—up to $20,0000. This does not include the full software suite, which is a separate purchase after the first year trial that comes standard with the system. Although these printers are reliable and are sure to deliver great results, this price tag is steep, especially considering that CIJ printers like those in InkJet’s DuraCode series offer similar specs (e.g., IP55 rating, 320 m/min max printing speed, etc.) at less than half the cost.

While CIJ printers are large production line printers, thermal inkjet (TIJ) printers are much more compact. Generally weighing around five pounds, TIJ printers come in both stationary and handheld models to fit the needs of different businesses. Here, we will take a look at Videojet and Markem-Imaje’s top stationary models.

Videojet’s top TIJ printer is the Videojet 8520. Built with an intuitive 8.4-inch touchscreen interface, the 8520 offers some impressive coding qualities. Its maximum DPI resolution is 600 x 600, it offers printing speeds up to 109 m/min (at lower DPI levels), and its maximum print height is 2 inches. However, the model does not come with significant ingress protection, has a limited ink portfolio, and limited mounting options on the production line.

Markem-Imaje’s answer to the 8520 is the Markem-Imaje 1200. Although the 1200 is larger than Videojet’s TIJ offering, it offers better specs than the 8520 across the board including an open cartridge to purchase from other cartridge vendors. For example, the 1200 matches the 8520’s max DPI resolution of 600 x 600, while also beating its maximum speed (201 m/min vs. the 1200’s 109 m/min). Further, Markem-Imaje’s 1200 model is also capable of creating codes up to 8 inches tall, a size four times larger than Videojet’s model.

While it is clear that Markem-Imaje’s 1200 TIJ beats Videojet’s 8520, it’s notable that it can't quite match up with Anser’s newest TIJ release, the Anser X1. Not only can the Anser X1 reach a resolution of 600 x 600 DPI, but its maximum printing speed is 300 m/min—a level usually only reached by CIJ printers.

Additionally, the Anser X1 is capable of controlling two production lines at the same time, offering users instant scalability. Finally, the Anser X1’s ingress protection rating of IP66 gives it protection against some of the harshest facility elements. And since the MSRP is close to 45% less than either VideoJet or Markem Imaje, the Anser X1 stands out with its affordability.

Another type of inkjet printer, high-resolution, large character case coders are built to mark secondary packaging and shipping cartons with important information and sharp codes, logos, and other company images. They use thicker inks than CIJ or TIJ printers, allowing their codes to last longer and appear bolder than those made by other printing devices. 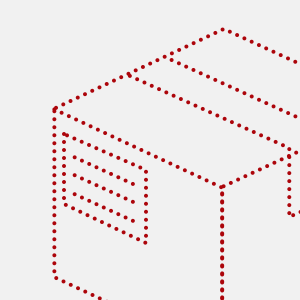 Videojet’s best high-resolution case coder right now is the Videojet 2361. The 2361’s max DPI resolution is 180 and its max height is 70mm. While these specs are relatively standard for high-resolution, large character case coders, its maximum text printing speed of 132 m/min is notable. However, it’s important to mention that the consumable is a locked canister that can only be purchased from VideoJet.

As in our CIJ comparison, Markem-Imaje’s case coder option, the Markem-Imaje 5800, beats Videojet’s model in certain areas while falling behind in others. Take DPI resolution for example. The Markem-Imaje 5800 can print codes as high as 750 x 200, a print density substantially higher than the 2361’s 180 DPI.

However, the 5800 lags a bit behind when it comes to speed topping out at 120 m/min, a lower peak compared to the 2361’s 132 m/min. Likewise, the 5800’s max print height is 65mm whereas the 2361 tops out at 70mm. Additionally,  Markem-Imaje is not a locked ink system like VideoJet which means consumers have an alternative option with hot melt.

While the  Markem-Imaje 5800 easily beats the Videojet 2361 when it comes to DPI resolution, many case coder applications don’t require such high resolutions. If this is the case for you, the 5800’s impressive DPI capabilities are just expensive overkill. Similarly, if you don’t require the speed of either the 5800 or the 2361, the Precision Series 72mm will be a more cost-effective way to perform your case coding applications.

Want More Affordable Hardware Without Sacrificing Code Quality? InkJet, Inc. Is the Company for You

Although Videojet and Markem-Imaje both make excellent marking hardware, there are many machines on the market today that offer comparable results at lower prices. In certain cases, the more affordable options are a better match than these name-brand machines, as we saw in the 8520 vs. Anser X1 example above.

If you’re interested in seeing how you can make the most of your hardware budget while still producing top-notch codes, call InkJet, Inc. today to talk about our different printer choices.

Want to go beyond the Videojet vs. Markem-Imaje conversation to find a great machine at an even better price? Contact InkJet, Inc. online today or call 1(800) 280-3245.

A Comparison of Different Aviation and Aerospace Part Marking Solutions

A Comparison of Different Aviation and Aerospace Part Marking Solutions

We also use analytics & advertising services. To opt-out click for more information.